​This unit, 1.4, is the final section of the Population work. This is all to do with looking at global factors influencing where people live (or not) and how many people you might find in an area. There are two sister case studies for this section of both a dense and sparsely population country / area. Look out for that case study logo.

Task 1 - Make a note of the following reasons for population growth, on your worksheet.
​

3. Anti-Natalist policies - The former 'One Child Policy' in China aimed at cutting the fertility rate to below 2 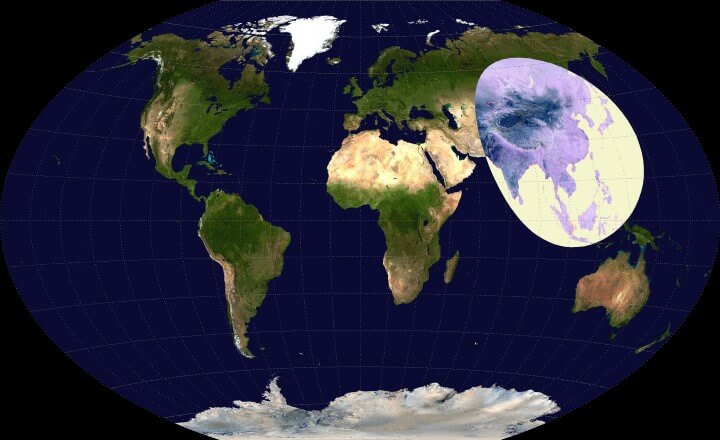 Don't believe everything you see though.  This is the visualization, but we have to check it out. The countries in the circle are .

i. Study the graphic and data above. In the space on your worksheet, identify the three most populous countries in this circle.

ii. Try to identify three issues that could be caused by having such a high concentration of population in this area (circle).
Objective: To describe the factors influencing the density and distribution of population

Study the map below carefully. It shows an alternative view of the world based on population distribution. The more inflated the country, the more people live there and visa versa.

Complete the following two tasks on your worksheet.


Task 3 - What does Population  Distribution mean?


Task 4 - What does Population  Density mean?


Task 5 - Write a good quality description of the distribution of the world’s most populous countries. Try to identify countries that have swelled hugely and those that have almost disappeared.
​

Map of the world - inflated to show high populations numbers & deflated to show low population numbers.
Click on this link to be taken to an excellent interactive site showing population density and distribution characteristics globally for the year 2015.


Task 6 - Population density is influenced by a number of factors. Try to explain why the following factors are important in determining whether people can survive in an area or not:

1. Availability of freshwater.
2. Communications (roads, railways, airports).
3. Proximity to the coastline.
4. Cities and their opportunities.
5. The shape (relief) of the land.


Task 7 - Using the embedded map on the worksheet, highlight two different parts of the world where each of the four factors is / is not available.
Objective: To find out what physical factors lead to densely and sparsely populated areas of earth.

Population density is normally worked out using the following formula:

​Watch either of the 10 minute videos below that will introduce you to a place in the world that has an exceptionally high population density, as well as challenging levels of poverty. ​
Task 1 - Click on the photos above and study them carefully. Choose the photo that you are drawn to and copy it into a Word Document. Annotate it with as much information as possible. Include:
​
what it is?
who are these people?
where in the world is this?
why is it like this?
what are the challenges posed by this place?

Task 2 - On the same worksheet as in Task 1, use this website to take key data about Hong Kong, including its total population, total land area, total population density and how that ranks worldwide.


Task 3 - The impacts on Hong Kong - Use this website to make notes on the problems and solutions related to high population density in Hong Kong. Make sure you include at least three pieces of data.