Pressure on resources & the future security of places.
Objective:  to gain and understanding of the complexities of 'The Nexus' and how its complex interactions affect:
• national water security, including access to safe water
• national food security, including food availability
• national energy security, including energy pathways and geopolitical issues
"Trade-offs between energy and water, or between energy and food, are increasingly being debated in terms of the 'nexus' – a buzzword which has risen in prominence over the past few years as a way of thinking about interconnections between food, water, energy and the environment. These systems are inextricably linked, and integrated approaches are required, which move beyond sectoral, policy and disciplinary silos"
​James Wilsdon and Rose Cairns June 2014
Note students should not be directed to this page before undertaking the following activity.

Task  - We are going to use solo hexagons to critically examine the complexities between the Nexus of water, food, energy and climate change.  To to this the following resources are important.
Step 4 - The final display
Step 5 - Links with the SDG's
Step 6 - Exam Corner
“Water, food and energy security can no longer be viewed as isolated global problems” – critically examine this statement (15)
Unit Planner v.1
Additional Resources - For follow up lessons (not yet planned)
the guardian - what is a nexus? 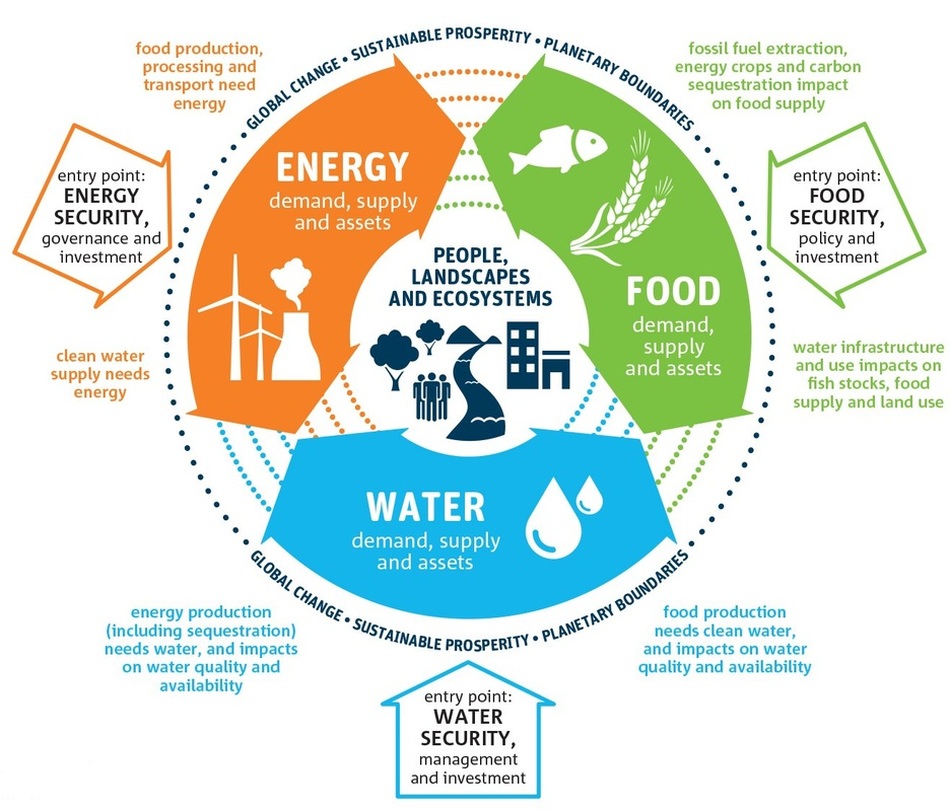 With thanks to Russel Tarr for his ideas and inspiration.