As a class, watch the first video below. This is a reminder of the structure of the earth and plate boundaries as well as some awesome footage of eruption volcanoes.

Now, put on your headphones and watch the second 360° video below on your computer. Use your mouse to look all around you on the team's journey to the heart of an active volcano! Not one for the faint hearted.
​

​Objective: To understand what a volcano is and how they might be dangerous.

Task 1 - Watch the first YouTube video to the right. This gives examples of the destructive power of volcanoes. Discuss how  they could affect people around the world.

Task 2 - Watch the second YouTube video below and pause after 0.38 seconds.

​Write down how the different people in this image would feel as they saw this eruption hurtling down the valley towards them.  Write your thoughts on this worksheet.

Where Are The Volcanoes?
​

task 3 - where are the volcanoes -  Worksheet
​Task 3 - Complete the activities set out on the worksheet above. If you need to see the maps more clearly, you can click on both of them above and they will enlarge.

Task 4 - Complete the features of a volcano worksheet below.

task 4 - features of a volcano worksheet

The Three Types Of Volanoes

The images above show the three different types of volcanoes that are found around the world. The first one is perhaps the most famous example of a volcano and we recognise its shape and form. The other two are less well know but still produce some spectacular eruptions. The shape and size of the volcano is linked to the type of lava that is emitted from the volcano. Runny or sticky lava will solidify at different rates and produce very different shaped volcanoes. 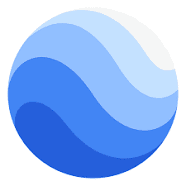 Click on the Google Earth logo to the right to access a tour of 10 of the most famous volcanoes on Earth. You will see that most of the volcanoes on the tour are a very specific type of volcano (see Task 1 work).

Take some time to explore each of the volcanoes and then choose one that interests you. Create a fact sheet all about the volcano and include the following things:

Task 1 - Watch the first video above and carry out a 5 minute research task to answer the following questions on the worksheet:


​a. What causes pyroclastic blasts?
b. How fast can they travel?
c. How hot can they be inside?
d. What effect can they have on the human body?


Task 2 - You are going to find out about the most famous pyroclastic flow of all time. The place is Pompeii and the volcano is called Vesuvius.

Click here to be taken to a Google Earth view of our location. The ancient city of Pompeii is highlighted in red to the south east of Mount Vesuvius.

Now zoom in to the crater of Mt Vesuvius (link) and then then pick up the little person and drag to an area highlighted blue close the crater of the volcano.

Take a good look around you and get a feel for the landscape. If you choose a good location, you will be able to see inside the crater and down towards the old city of Pompeii. Here is an example.


Task 3 - Now watch the first 'A Day in Pompeii' video below. Make notes on the destruction including, sights, sounds, feelings and probable smells.

Complete the activity on the worksheet.
Task 4 - Now complete this short ArcGIS tour.

​Complete the activity on the worksheet.

​There are two distinctive types of bodies that you can still see today in both Herculaneum and Pompeii. On your worksheet, you will see photos of both examples.

Use this weblink and the second video above to help you to find out why they are both so different.

You may also use  this PowerPoint to help you.


Choice 1 - Using this famous diary written by an eyewitness and the video beneath,  create a piece of artwork that shows the effect of the eruption of Mount Vesuvius on Pompeii.


Choice 2 - Create a fact sheet using this template about the eruption and what tourists can see today if they visit Pompeii today.  ​

Check out the documentary video below, in your own time!

Why Do We Live So Close To Volcanoes?

Task 1 - Click here to access the Etna Booklet. Study this carefully. This shows you what has been done in the past to try to save vulnerable communities from the lava flows.

Task 2  - Read this article and listen to this audio report about the attempts to divert the lava away from populated areas of the volcano.

Task 3 - Use this framework as well as the two videos below (second video up to 3:50) to create a newspaper article about the recent eruption of Mount Etna in 2019. You may want to make reference to previous eruptions and what happened then.

Stop Check: An example of good practice is here.
​

​Watch the video below (on the right) from 36 minutes until the end. Find out what happens when a famous volcanologist gets a bit too up close and personal to Mount Etna!
​

Build Your Own Volcano 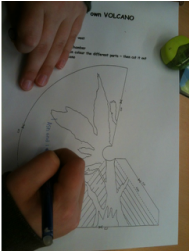 Objective: To contruct a 3D volcano that contains annotated labels and shows some of the reasons why people live so close to volcanoes.

Starter: Click here to be taken to a virtual volcano constructing site. Spend 10 minutes exploring volcanoes and then set off your own!!

Task 2 - Create a suitable base for the volcano and add some features to the surrounding area. Can you remember why so many people live so close to volcanoes? Perhaps you could even include a volcanologist studying it from a safe distance! See the examples below from last year. Wow! 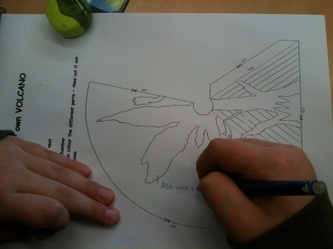 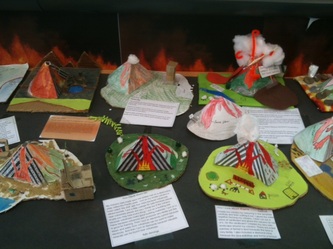 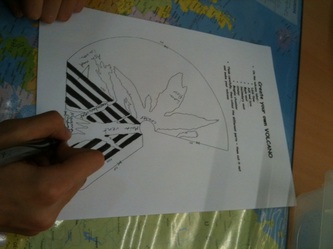 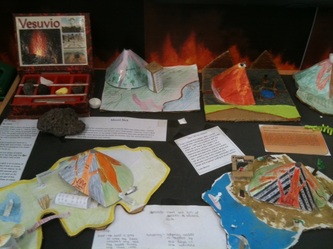 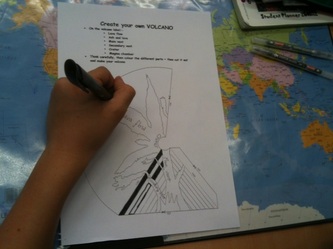 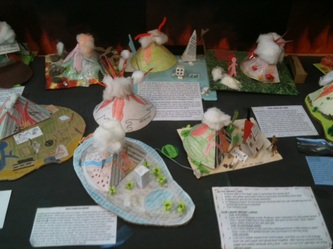