A case study of the evolving refugee situation in the european union -  v.1 2015

Scroll down for  activities.
What you need to know 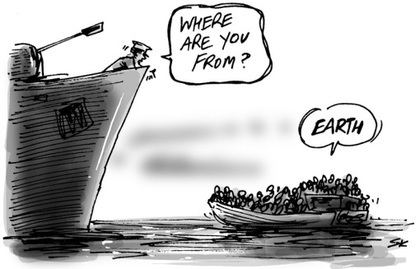 There is much confusion over the different terms that you may hear on the news attributed to the thousands of people moving from their home nations to the EU. The information below is 'need to know' before you start your study on the current EU migrant crisis.

"Asylum seeker" means a person who has applied for asylum under the 1951 Refugee Convention on the Status of Refugees on the ground that if he is returned to their country of origin they has a well-founded fear of persecution on account of race, religion, nationality, political belief or membership of a particular social group. That person remains an asylum seeker for so long as their application or an appeal against refusal of an application is pending.

"Refugee" in this context means an asylum seeker whose application has been successful. In its broader context it means a person fleeing e.g. civil war or natural disaster but not necessarily fearing persecution as defined by the 1951 Refugee Convention.  During mass movements of refugees (usually as a result of conflicts or generalized violence as opposed to individual persecution), there is not - and never will be - a capacity to conduct individual asylum interviews for everyone who has crossed the border. Nor is it usually necessary, since in such circumstances it is generally evident why they have fled.

"Economic migrant" means a person who has left his own country and seeks means to find employment in another country.

Task 1 - Complete the mix and match worksheet below
Task 1 - migration need to know keywords & processes
Starter Videos - Broaden Your Understanding
Understanding Migration & Modelling it
Lee's Migration Model from Richard Allaway
Task 2 - Study the presentation above created by Richard Allaway.  Make your own copy of the model as set out in slide 20/21 including a key to show what +, - and 0 represents.
Refugees - Always two sides to the story?
Task 3 - Click on both of the images above to enlarge. Study each one carefully as both represent a differing viewpoint of migration. Complete the worksheet below to help you to analyse both viewpoints.
task 3 worksheet - two sides to the story
TOK talking point. Why are British people who migrate elsewhere in the world called "ex-pats" when others who arrive in the UK are called "immigrants"?  What's the difference between an "ex-pat" and an immigrant?
Mapping Emotions - Hashem's Story
Task 6 - Now annotate onto your map each of the feelings, perhaps by using a different colour (think about association red=angry, pink = love etc.). Which are the parts of the journey that have the highest concentration of emotional stress? Are there any positive areas?
Crossing Borders & Claiming Asylum
The map below shows the number of asylum applications per country since 2010. You can click on each country to view the data for a particular country over a five year period.  The map below (click to enlarge), shows the major flow of refugees into the EU between January and July of 2015.
Point of interest. Greece and it's islands had a low number of asylum applications in 2014 whereas Italy has a significantly higher number.  Read the extract below from Hashem's story to remind yourself why this was.

People turn their heads. A Greek plane? Are they still in Greek waters? It’s another cruel setback. Greek waters mean Greek coastguards and a Greek rescue mission, and no one wants to go to Greece. Greece would be a disaster. Greece means walking through Macedonia and Serbia – two countries that lie outside the EU – to reach Germany.

The passengers begin to shout. They paid for Italy, not for Greece, and they want the engines re-started. Nothing doing, says the captain. The coastguards have been called, and the die is cast. But no one will stand for it, and eventually he backs down. The captain fires up the engines, and the boat moves faster than ever towards Italy. Hashem collapses, shattered, into a deep sleep – not knowing whether or not they’ll reach Italy.

2015 - Dying for Italy & Changing Routes
2015 has seen a drastic increase in the number of deaths of migrants trying to reach Italy.  Many of these refugees travel by boat over the Mediterranean Sea to the closest Italian island of Lampedusa. If they reach the island, they hope to be able to start their asylum application and transfer to the Italian mainland and sometimes beyond. 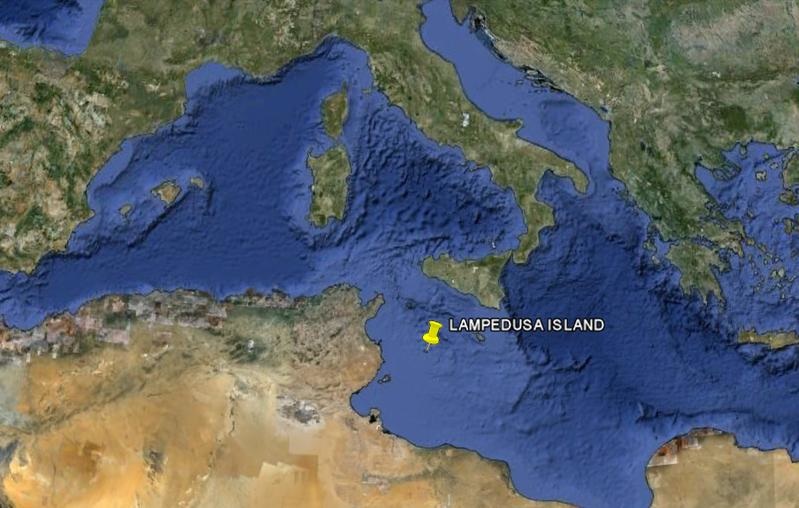 Task 9 - Watch the first video below. It explains to you where the migrants are coming from and makes efforts to explain what the push factors may be in those countries. Make notes on these.