The Effects of Earthquakes 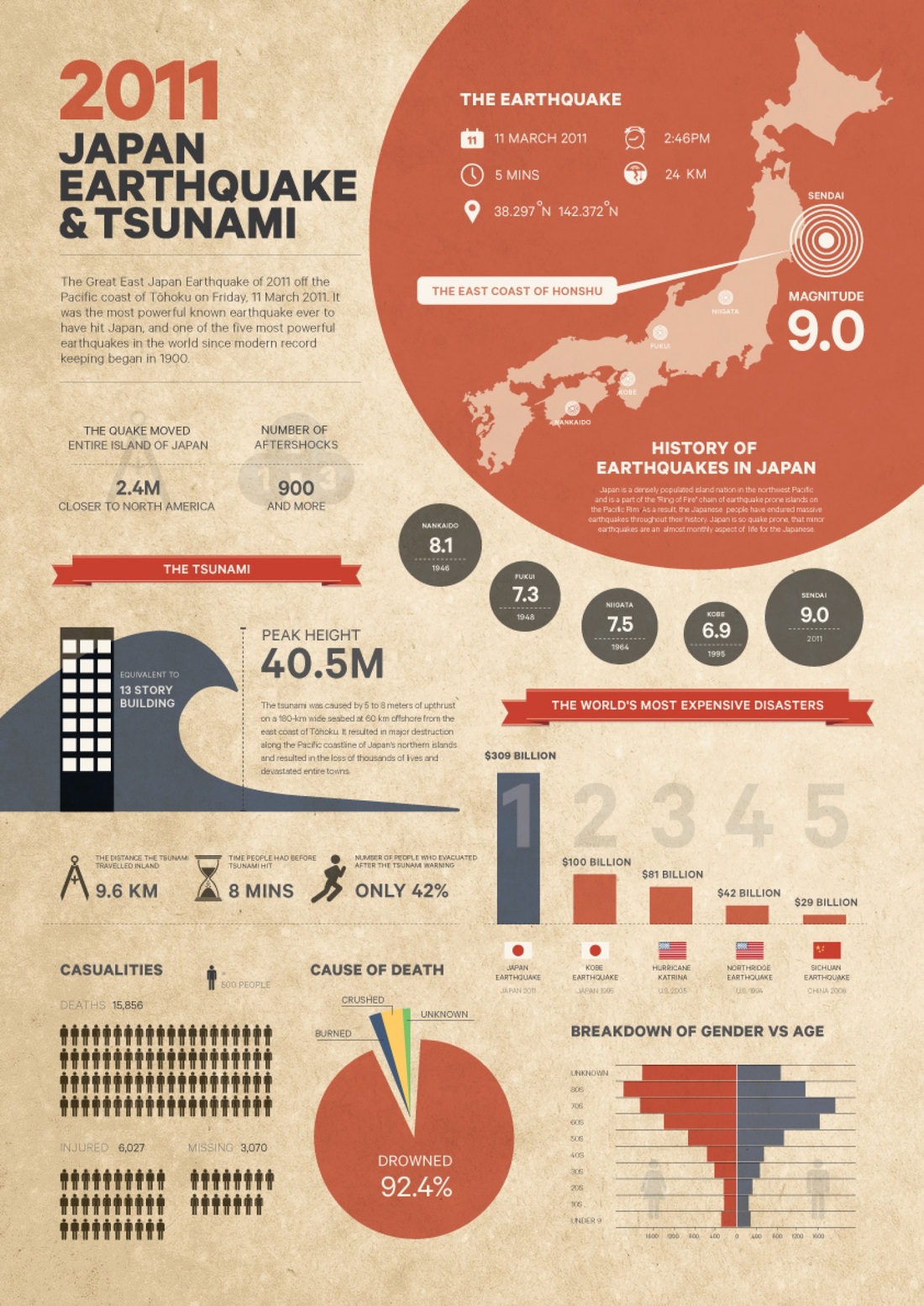 Reducing The Impacts Of Earthquakes

task 1 & 2 - worksheet for reducing impacts of earthquakes
So, it is quite clear that humans can't stop earthquakes from happening. It is not possible to staple together plate boundaries and so nature must be allowed to run its course. However, we have a problem where large earthquakes happen where there are also large densities of people. The problem can be made much worse if these populations are also very poor.
​
Task 1 - Take a look at the comparative pie charts below showing incidences of big earthquakes (blue) compared to the deaths they caused (red) in both rich and poor countries.  Complete the task on the worksheet.
​ 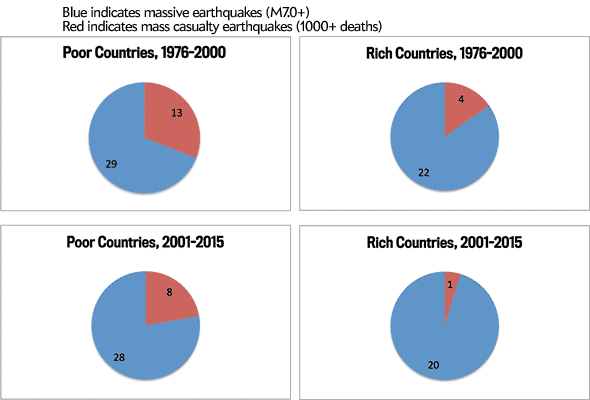 Task 2 - Listen to the 23 minute podcast below from the BBC Inquiry team. As always, the episode is split into four parts and you will hear from four expert witnesses. Use the note taking section of the worksheet to answer the questions.  Please click here for the transcript.
​
task 2 - bbc the inquiry podcast - can we earthquake proof a city?
In the podcast, you heard and excerpt from a 2008 video called 'The Great Shakeout'. That video is embedded below. It shows you the likely impact of a large earthquake (which is overdue) on Southern California.  Remember, there is nothing that people can do to stop this impending earthquake so the focus is on being prepared.
​
task 3 - 5 - note taking worksheet

Task 3 - From 2:43 onward, make a list of the different ways that people can reduce their levels of vulnerability to the inevitable earthquake.
​
​Task 4 - Watch the second video above (October 2018) and take notes on how the annual shakeout works and how they hope to better prepare the population of southern California.
​

Task 5 - Watch the third and final video above. Take notes on how this application works. What are the advantages and disadvantages of the app?
Homework - Complete the following IGCSE Exam Style Question:

For a named earthquake, describe its effects on people and the environment.  [7 marks]

Describe the techniques used to reduce the impacts of earthquakes on people. [7 marks]