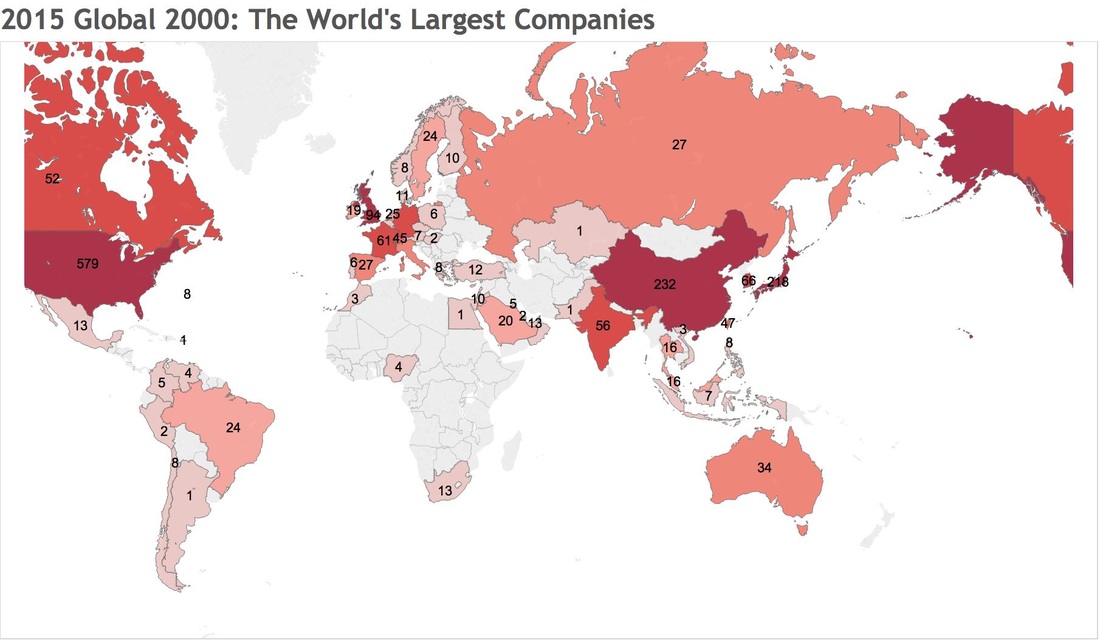 To examine the importance of loans, debt repayment, development aid, remittances, foreign direct investment and repatriation of profits in the transfer of capital between the developed core areas and the peripheries.

Starter: Study the geographyalltheway presentation below. Make notes on who the model was developed by and the criticisms.

Take notes on the five stages of economic growth before completing your own copy of the Rostow Model by using the PDF document on this page.
​
Task 1 - Complete this worksheet (including the embedded links) using the information on pages 58-66 of the IB Global Interactions text.

Using the information from task 1 and this GATW page, complete an essay plan & essay for the following IB Paper 3 question: 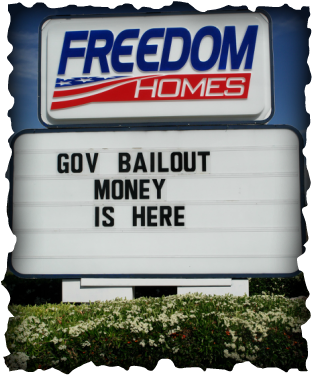 Objective: Examine the influence of governments, world trading organizations and financial institutions (such as WTO, IMF and World Bank) in the transfer of capital.

PowerPoint of Images to introduce the current financial crisis. These are images are also in the photo gallery below.

Task 1. Students can copy and paste these images into a Word document entitled 'Financial Crisis for Dummies'.

Task 2. You work for a famous American politician and have been asked to write a commentary for the seven cartoons. Your boss, George B Wush, is having trouble interpreting these cartoons that appear in his favourite magazine. His attention span is poor and so you must write a clear explanation in 25-30 words precisely! 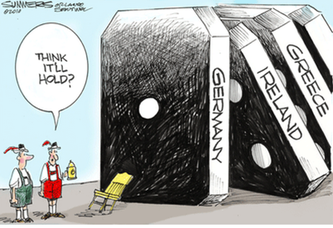 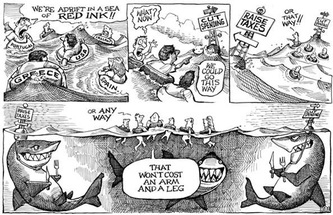 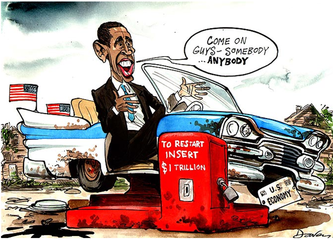 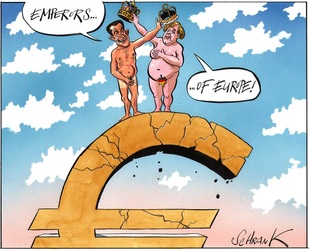 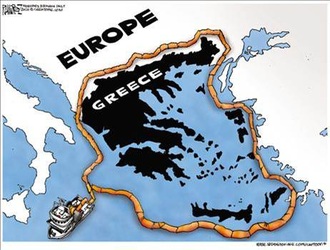 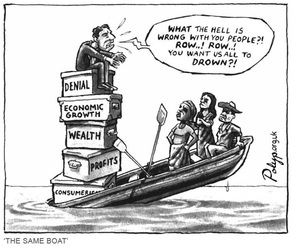 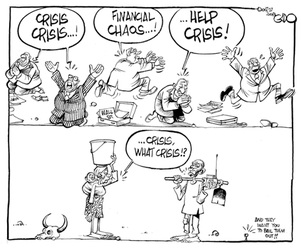 Task 3. From BRIC to MINT. Read this BBC News Article from January 2014 before completing the activities below:
a. Define BRIC
b. Why were these countries "so special"?
c. Define MINT
d. Why are these countries increasingly seen as potential economic giants of the future?
e. Create a simple comparative line graph showing how projected income $ will rise in each of the countries between 2012 - 2050 and write a short commentary underneath.
f. In what way could BRIC's and powerful nations be affected by the growth of MINT?

In what ways do the trading blocs above encourage trades between core and periphery areas?

... in fact, you can type in any G20 world leader and a BRIC / MINT country and you'll get details of a trade deal that has been struck somewhere recently. That's the nature of Global Interactions at this scale.

Task 5 - Choose a suitable case study and print out, annotating the key components of the deal, including values and products. 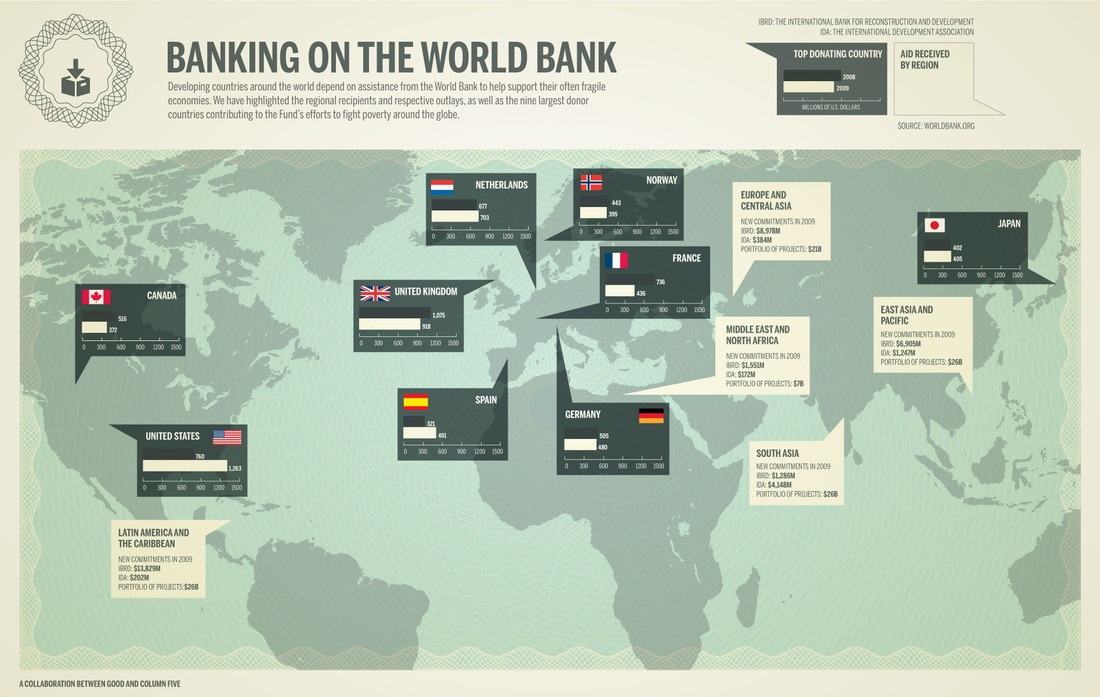 Exam Practice
This is exactly the type of graphic that could appear in an IB examination. Study it carefully.

Task 6 - On your own copy of the map above, annotate on the rank order of the donors in 2009 and comment on the amounts being given and received making reference to specific donors and recipients. Explain the variations in donations between 2008 and 2009.

Task 7 - Click here to go to the IB Global Interactions geographyalltheway.com page. Using all of the resources on this page, explain how the transfer of capital can be influenced by world trading organizations and financial institutions. You may want to do this in three sections looking at each of the case study institutions:

Apple  iPads, iPhones  and  other  iStuff. 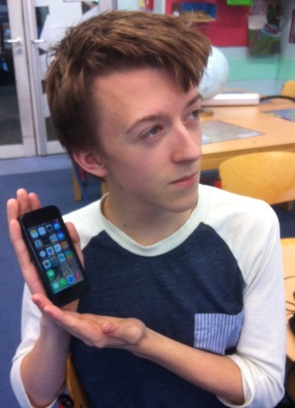 Already out of date! Zach with his iPhone 5
Objective: Explain the role of ICT in the growth of international outsourcing.

Starter 1 - Watch the 'Made in the World' YouTube video beneath and pay extra attention to the mobile phone section.

Starter 2: What it outsourcing? Watch the first two videos and make notes on causes and effects of outsourcing on an MEDC such as the USA.

Task 1. Outline the main features of an iPhone or iPad. What makes them so different to the competition (Android, HTC etc)? You might want to watch some of the Apple promo video here

Task 2. Plot the locations of Apple production sites globally onto a map (use resource 3) and comment on the spatial distribution of global Apple facilities.  Who makes the iPad & iPhone products? How much does it cost to make an iPad? (see geographyalltheway.com link above)

Task 3. Outline the reasons for iPad and iPhone production in China. Why has Apple manufacturing been internationally outsourced from the USA? Use resource 4.

Task 4. What are the social and economic issues (positive and negative) associated with the global Apple production process?  Watch this CNN news report and note down issues as well as using resource 4.

Exam Corner: "Increases in outsourcing helps to expand opportunities for nations and helps workers in rich and poor countries alike". Discuss to what extent is this statement true  (10)